Anonymous Donor Sends $50k For Each Masbia Location ($150k) With One Condition:

An anonymous donor sent Masbia $50,000 for each Masbia site (which is in total $150,000) via their accountant. The donation included a note on behalf of this anonymous donor requesting that Masbia deposits the money only after raising the same amount from the public - in other words, it needs to be used as a matching donation.

Masbia Soup Kitchen Network has been mobilized since the beginning of the pandemic (and continued into the recovery) to unprecedented historical levels. All this was only made possible by an army of donors who came forward throughout this time. “This is the largest surprise donation since the beginning of the pandemic so far,” said Alexander Rapaport Executive Director of Masbia Soup Kitchen Network.

Masbia is a community vessel of sharing, like a coin-operated kiddie-pony-ride. The more quarters you put in, the more it rocks. Tens of thousands of donors have come forward and given multiple times in the last fifteen years, especially now during the course of the pandemic and the recovery. “This anonymous donor is putting forth an exciting and important challenge to all of us,” he said.

“I am asking everyone to consider donating $5 to each Masbia, which in total means $15. If ten thousand do only that, we will reach our goal.” Rapaport continued, “Hopefully we will reach it with more people giving a lot more.”

Masbia is in urgent need of financial help in order to keep the shelves fully stocked with food to keep up with the demand. Masbia’s flagship initiative is feeding the needy like in a restaurant and only recently was able to re-open the ready-to-eat dine-in program due to COVID-related restrictions, but with the demand for raw food for families still going strong doing all at once in enormous new levels of demand is the new challenge. It is the support that we get from the donors that makes it all happen.

It is critical that we put those dollars into people’s stomachs soon. It is urgent that we get the ability to deposit this money by June 15th. Therefore, we hope the public responds to this challenge and helps us meet this goal by then. Please donate $15 at masbia.org/fifteen

Masbia was founded just over sixteen years ago in April 2005 with one goal in mind - no one should go to sleep hungry, even if they could not afford a meal that day. The idea was to set up a restaurant-style ambiance that allowed people to be fed with dignity. Masbia was actually featured in People Magazine in 2014 as a “restaurant without a cash-register”.

In 2009, after the great recession, Masia opened more locations. The expansion was even mentioned on Saturday Night Live. Masbia now runs three locations in New York City, two in Brooklyn and one in Queens. (Masbia of Boro Park, Masbia of Flatbush, and Masbia of Queens).

A couple of years in, Masbia staff started giving people raw food to take home. It quickly turned into a weekly food package distribution that by now dwarfs in volume the amount of food given out at the restaurant. Now Masbia operates two programs, one known as Soup-Kitchen, where people are served ready-to-eat dinners, and the other as Food-Pantry, where people receive raw food ingredient packages to take with them.

Since the beginning of the pandemic, the Masbia Soup Kitchen Network has mobilized to respond to the emergency food needs in our community. Masbia is continuing to respond to a 500% increase in demand. Each day, 500 families visit Masbia every day at each of our three locations. That means about 1,500 families a day and 7,500 every week get food relief from Masbia.

Masbia is a grass-roots, hand-to-mouth organization where every dollar donated makes it into someone's stomach in less than two weeks. Everything that is done at Masbia is done only because tens of thousands of people come together and share resources to make it happen. 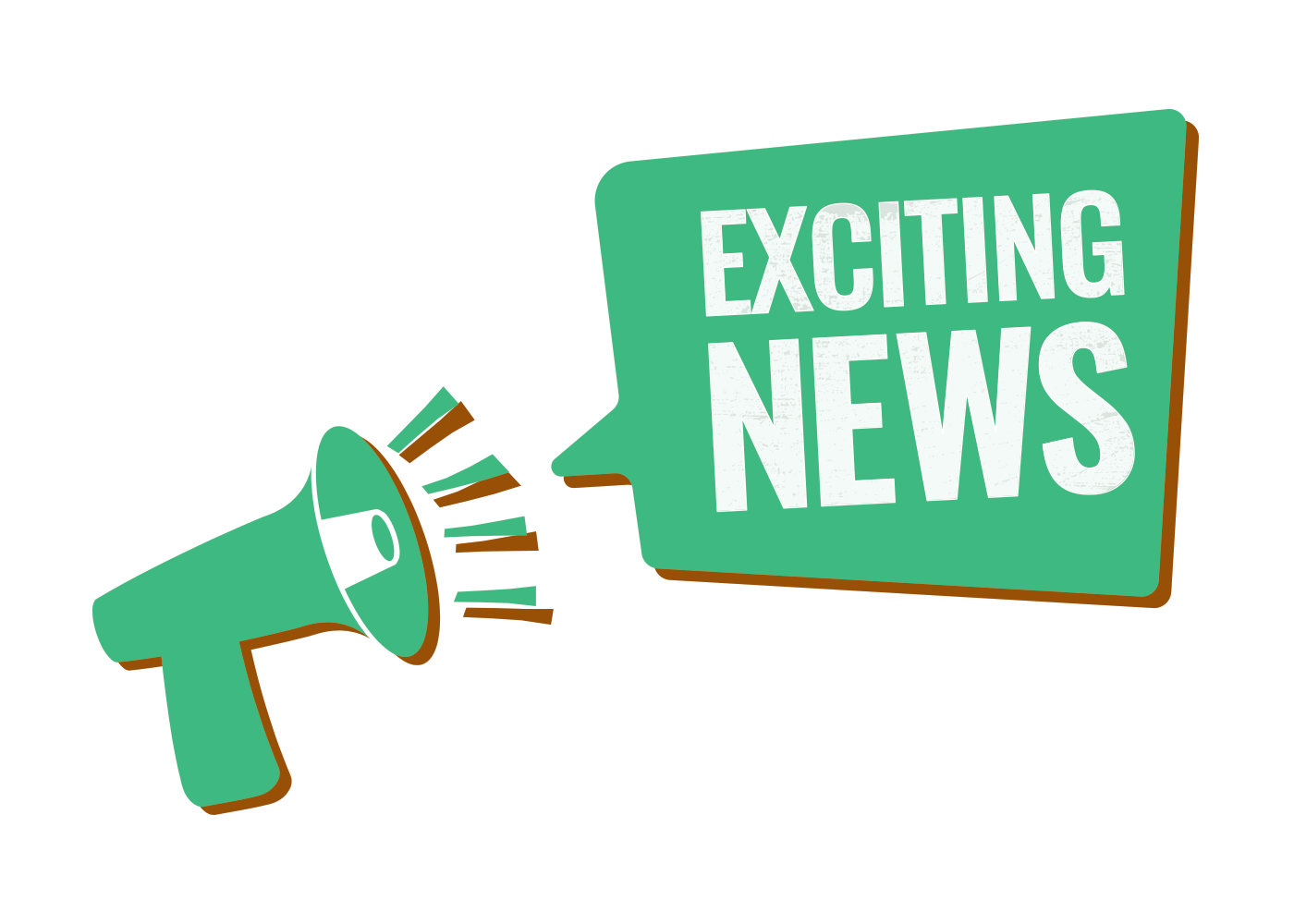 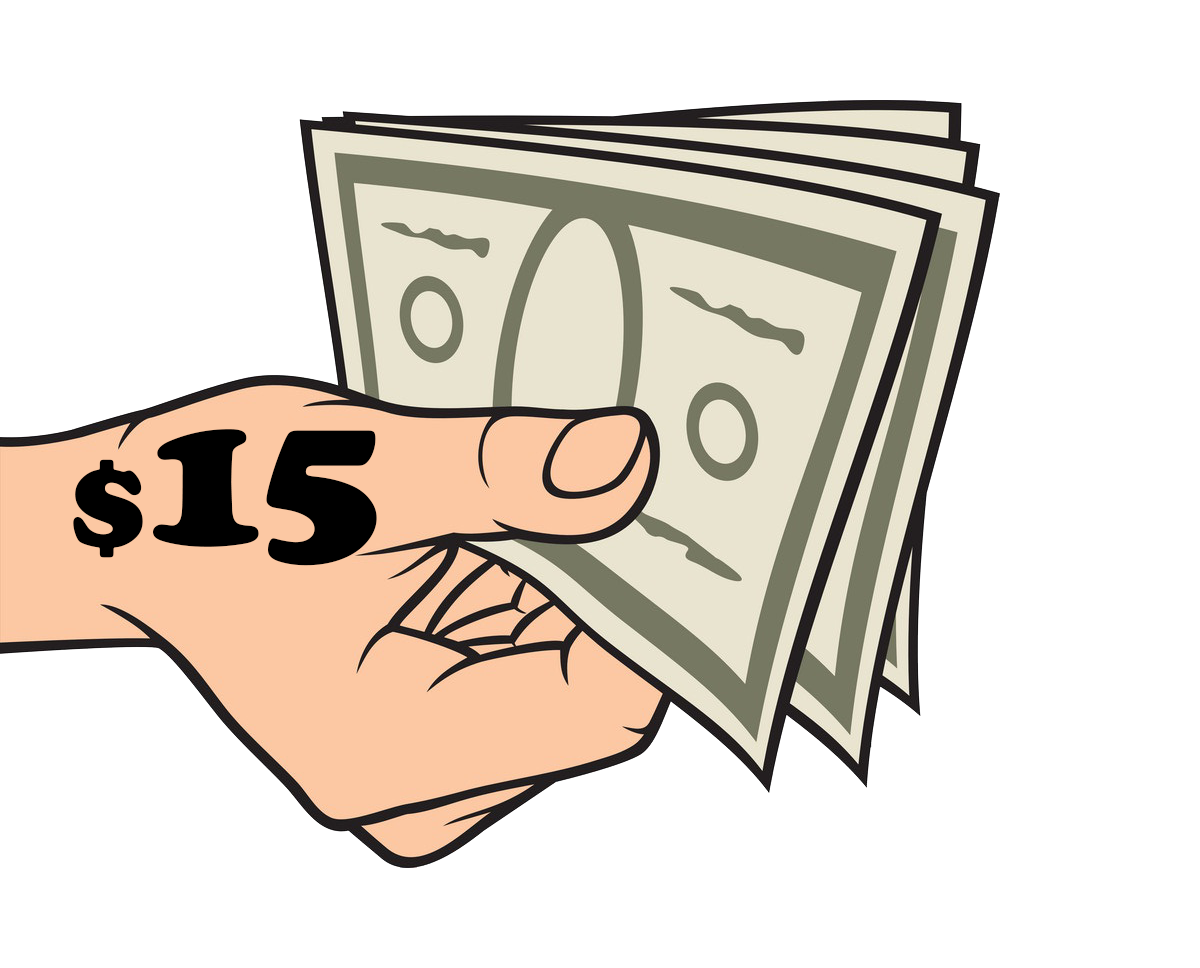 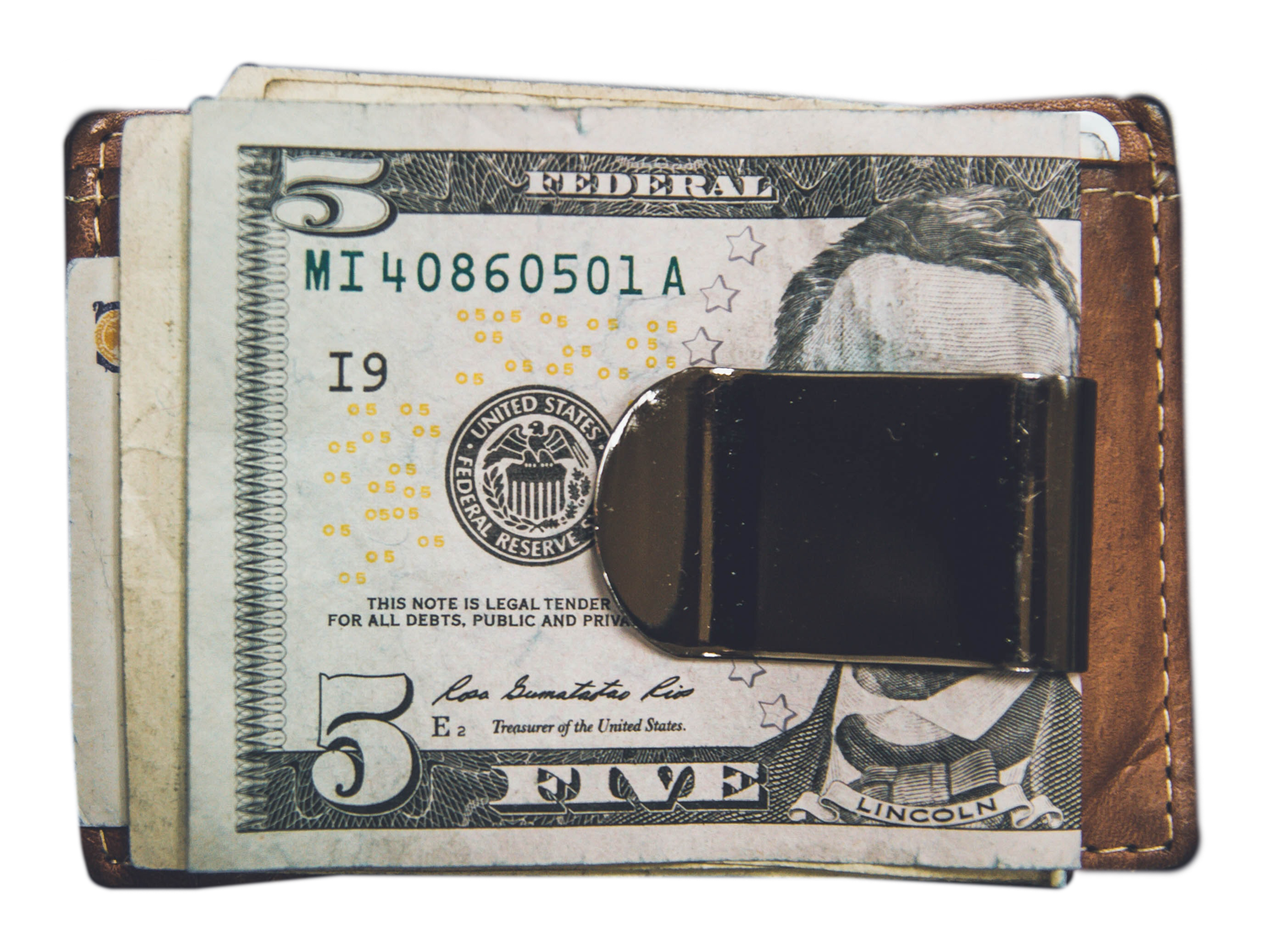 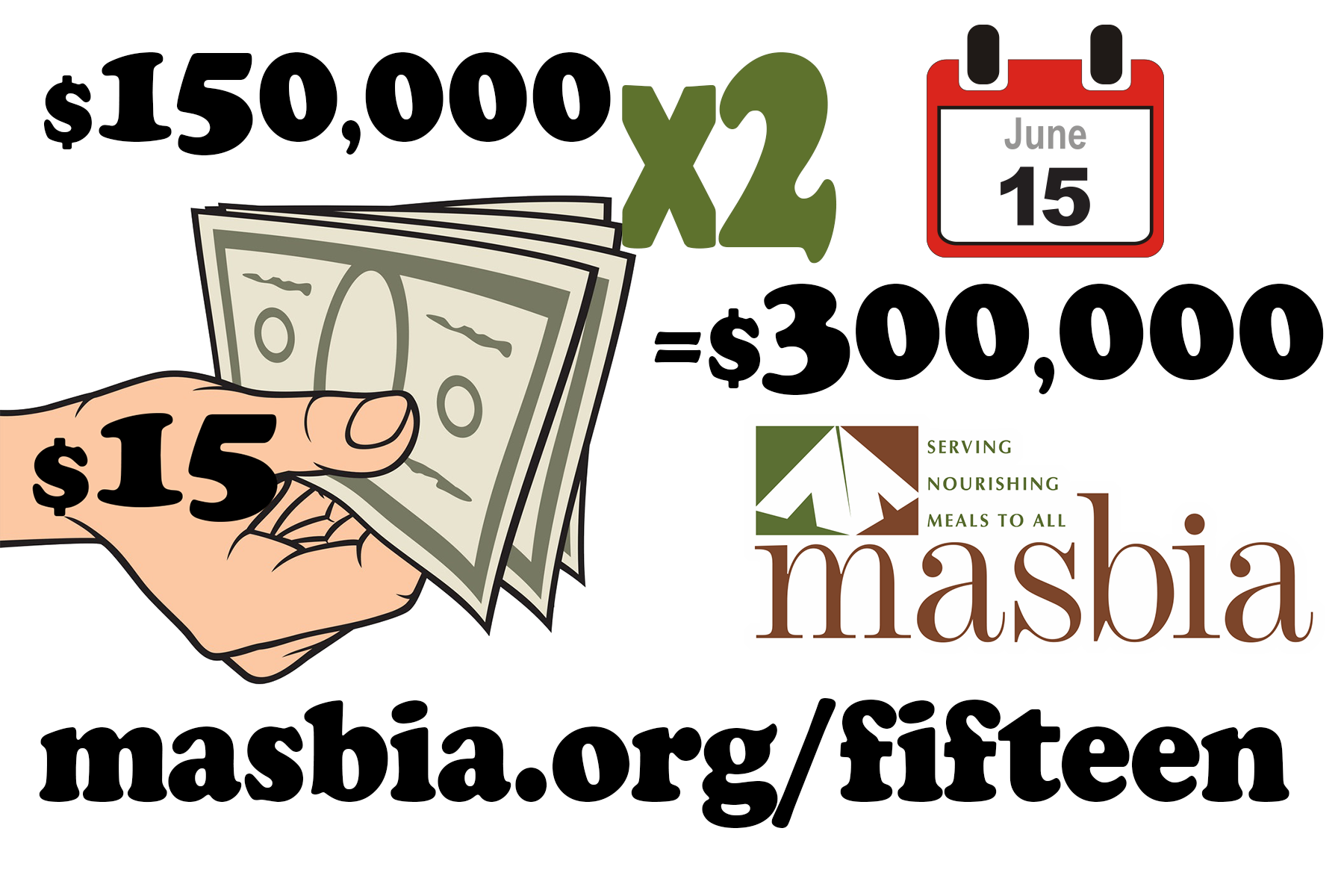 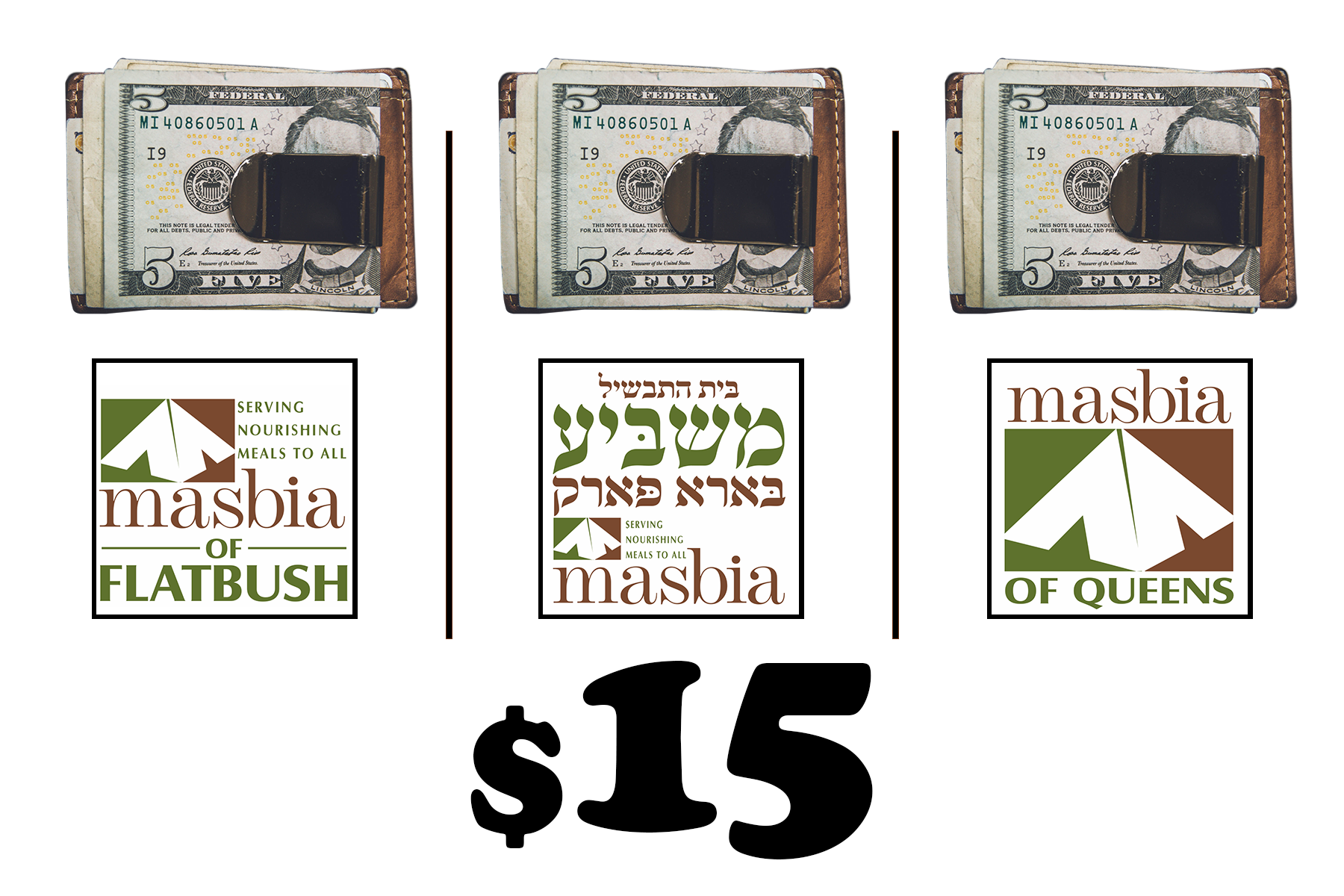 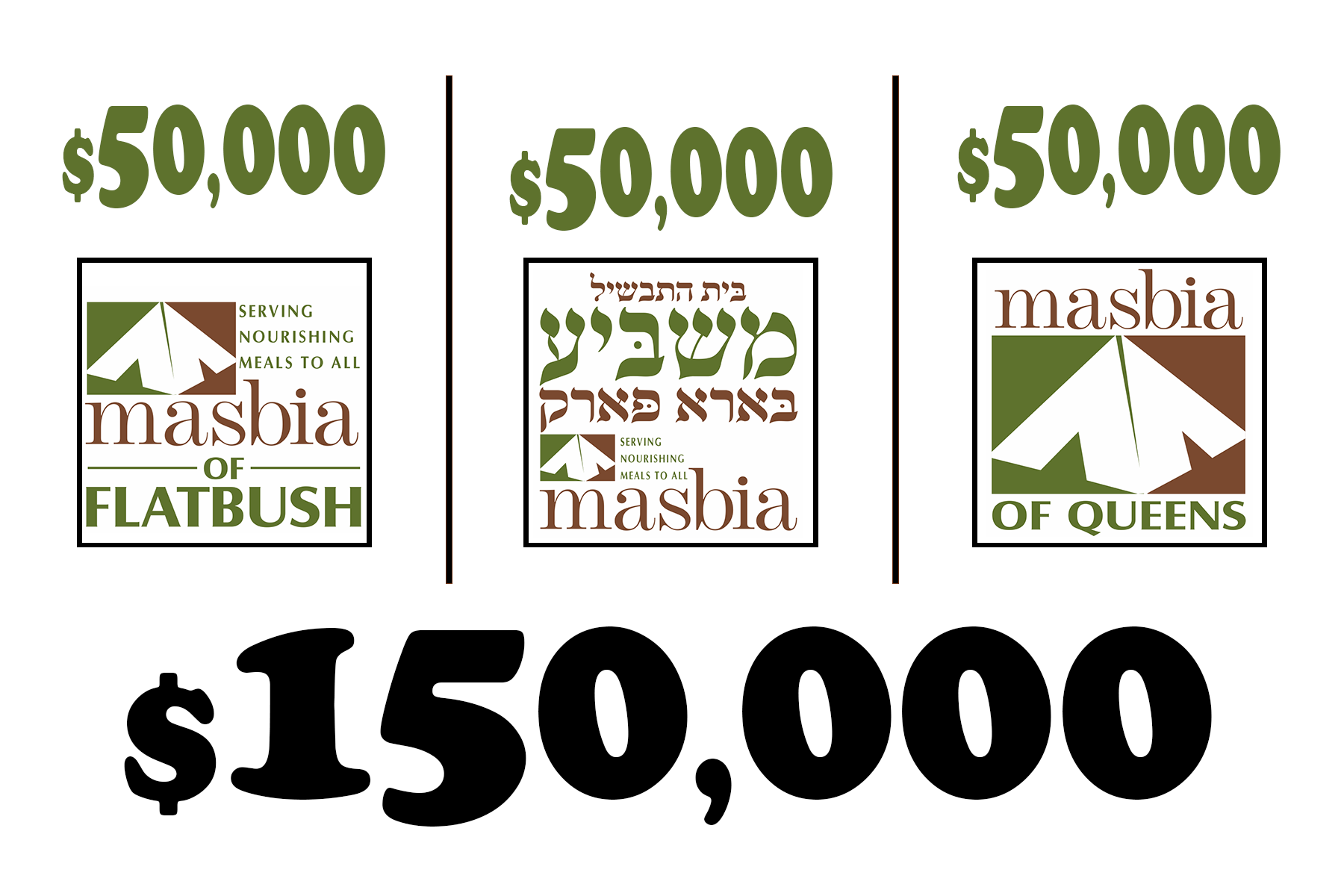 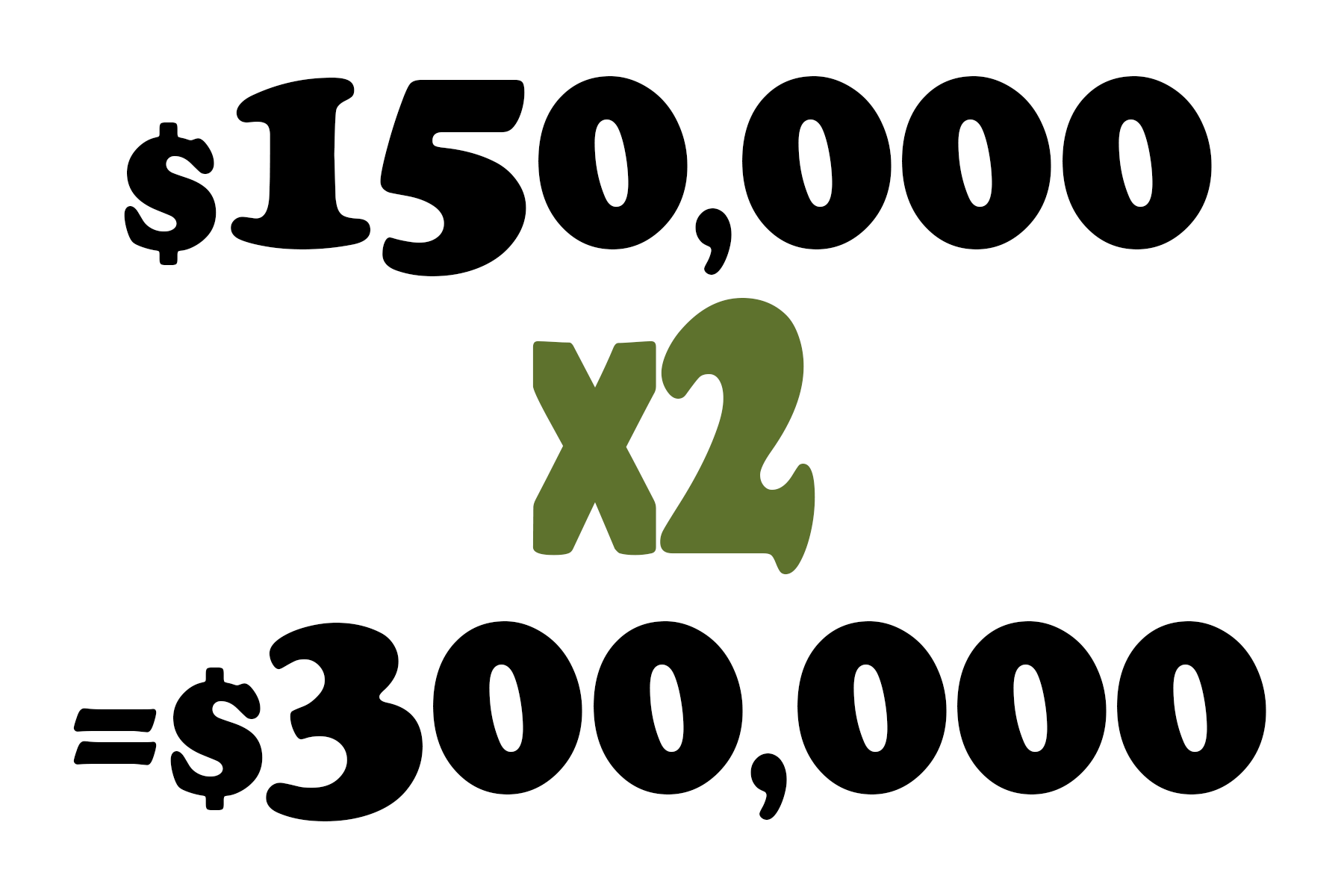 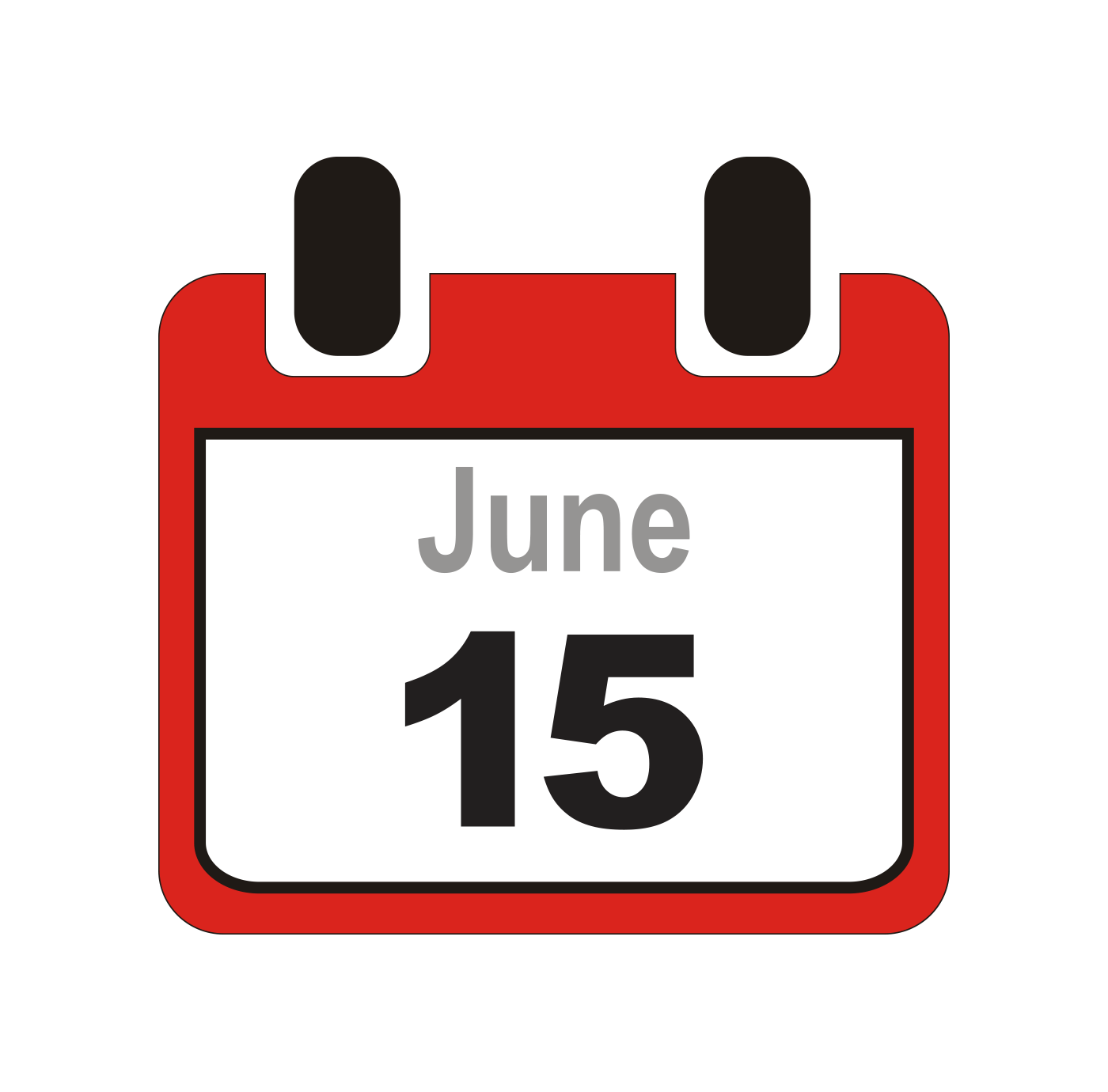 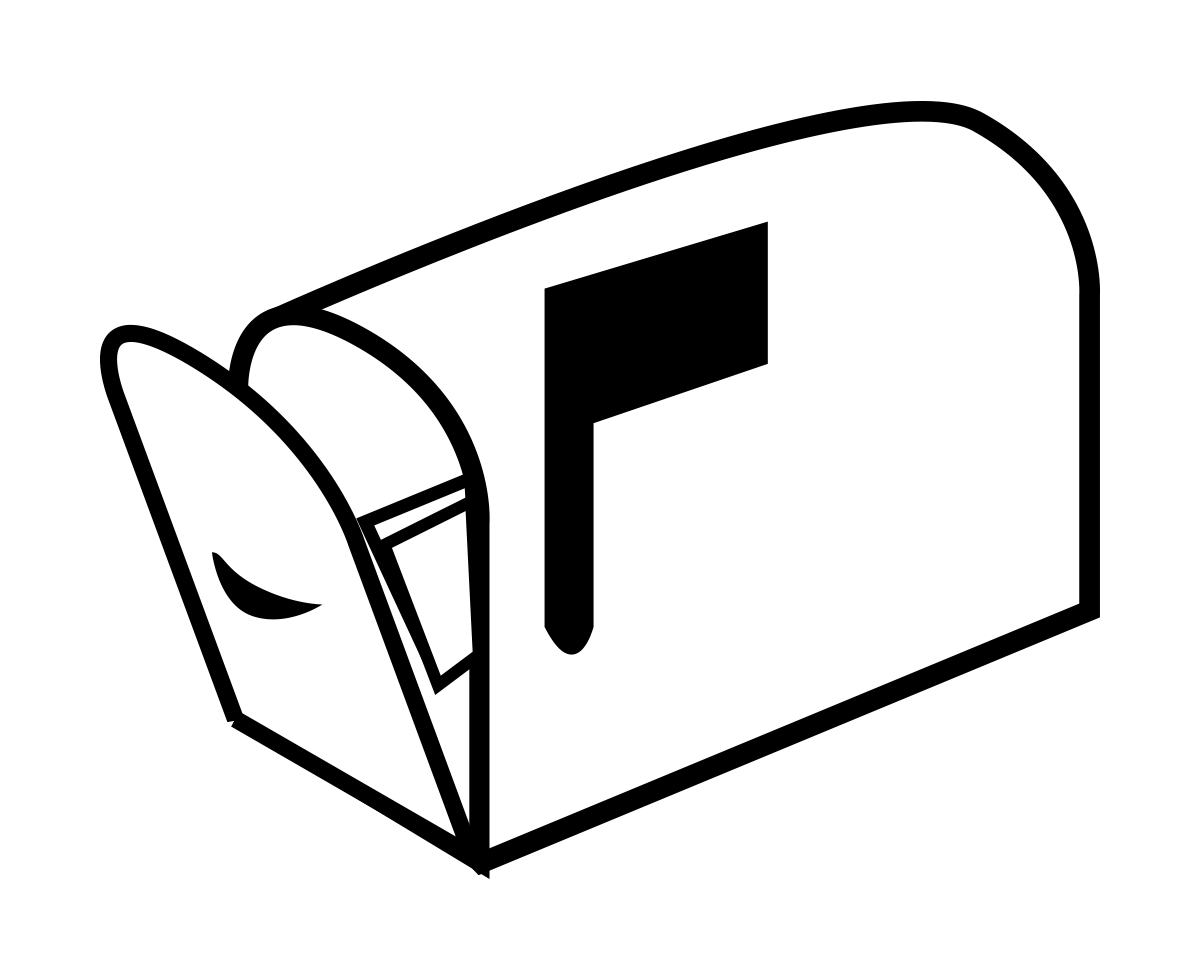 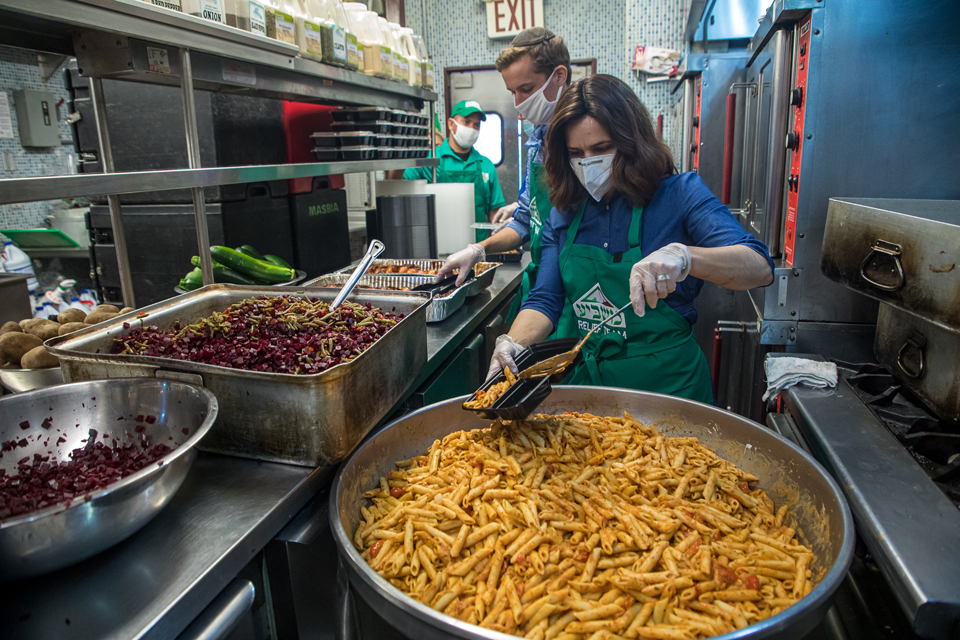 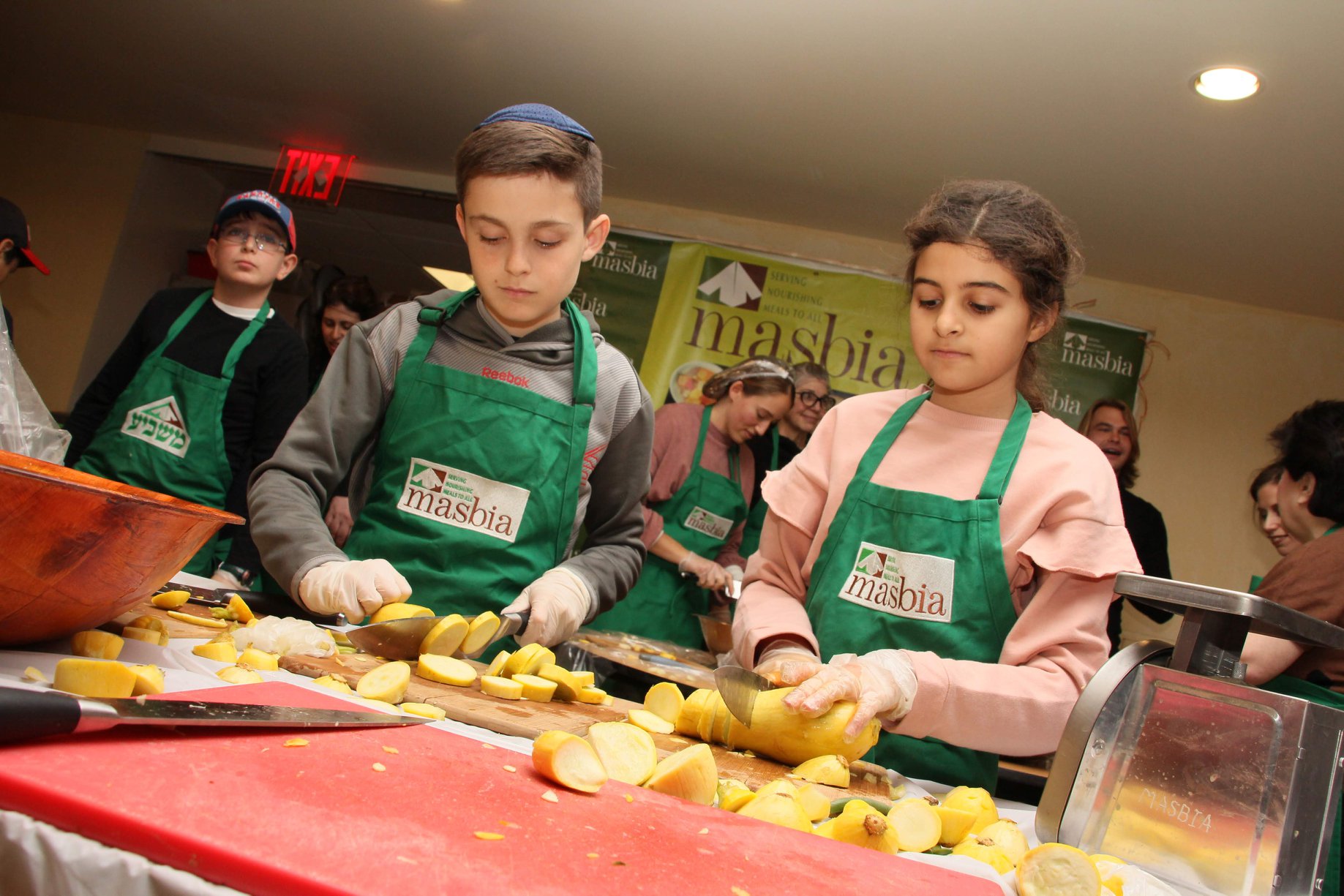 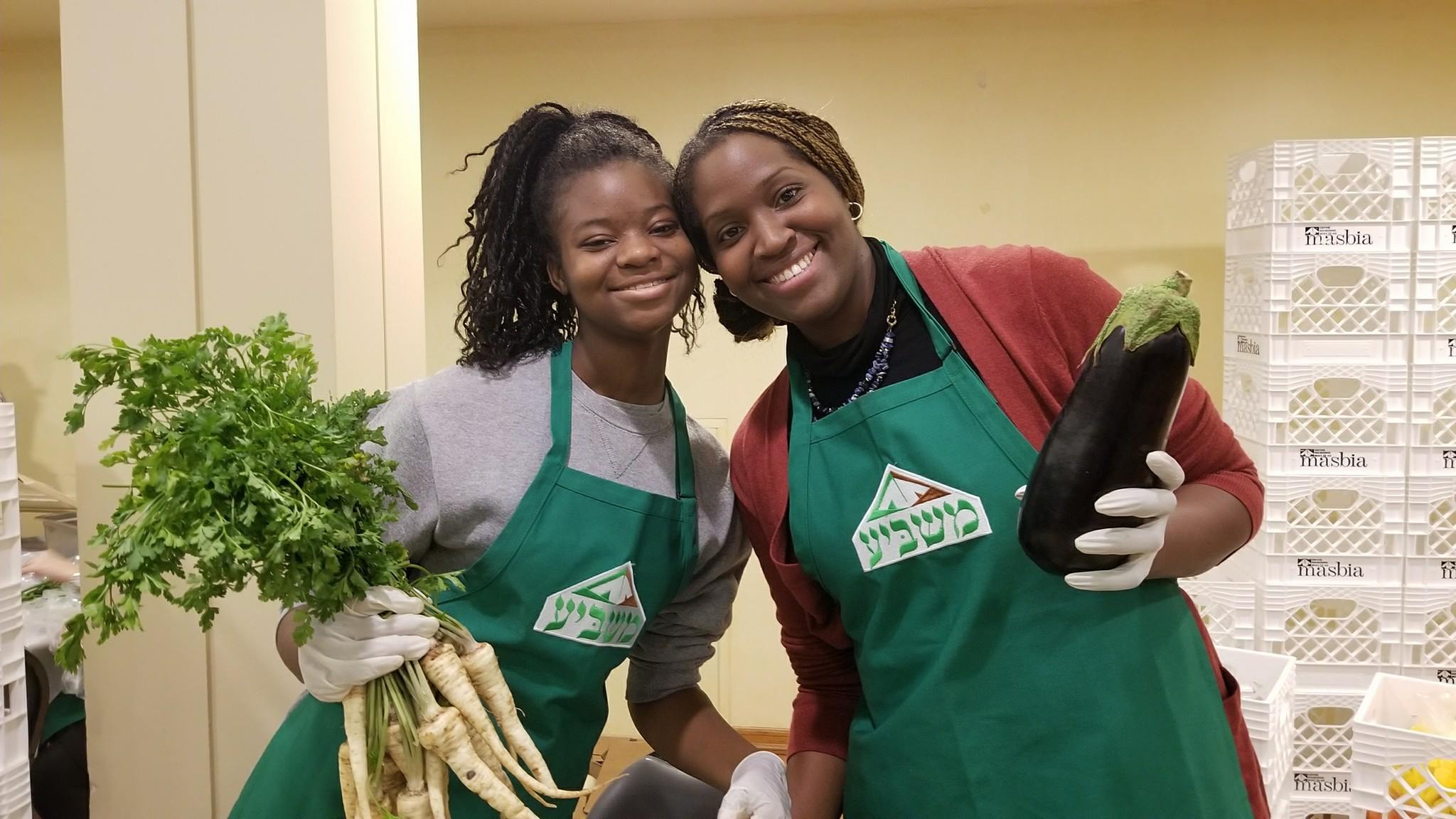 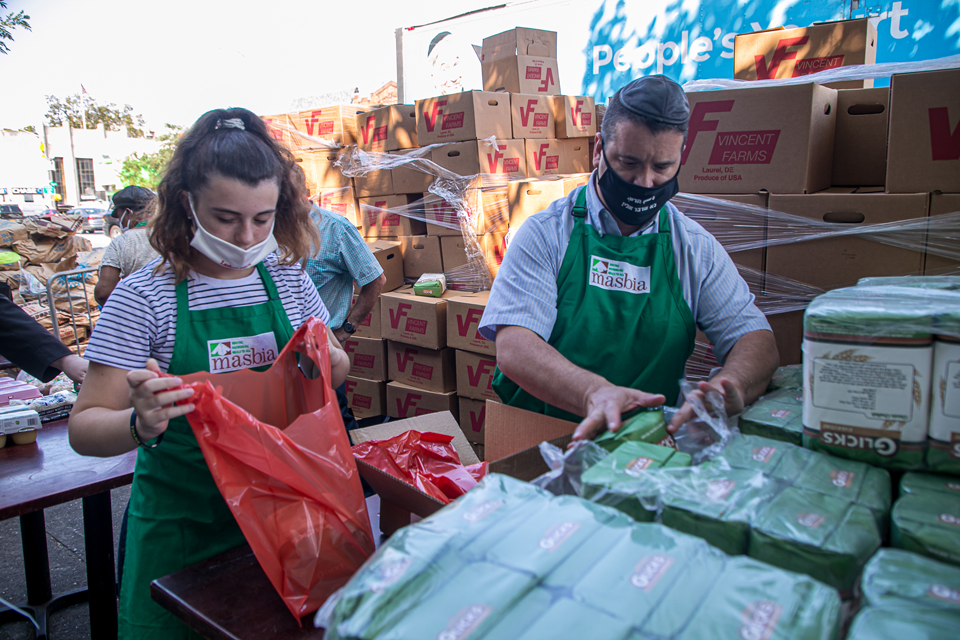