Brooklyn, NY - Among the many noisemakers, horns, bells and whistles that are being used to drown out the name of Haman during the reading of Megilas Esther this year will be ten artisan groggers, created out of a table that had been used to feed needy New Yorkers in a soup kitchen.

Brooklyn resident Alex Aronov creates handmade wooden items, including challah boards, mezuzah cases and kiddush cups.  Just before Purim last year, the 29 year old Flatbush resident decided to try his hand at making a grogger and by Chanukah, Aronov had the noisemakers available in three different sizes.  Just over one week before Purim, Aronov announced on Facebook that he would donate ten percent of all sales through May 24th to Masbia. 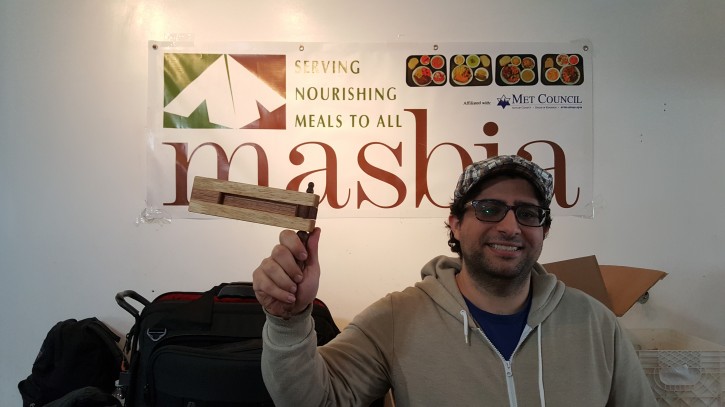 “I like to donate to charities,” Aronov told VIN News.  “I don’t usually advertise or tell people, i just usually pick a charity and try to do my part.  For Purim, specifically since it is a holiday where you are giving food and making sure people have what they need, I thought it would be nice for my clients to know about Masbia and what they do.”

Aronov hashtagged Masbia in his Facebook post, catching the attention of the soup kitchen’s executive director Alexander Rapaport.  Always on the lookout for creative ideas, Rapaport contacted Aronov with a unique proposition:  using old tables that were no longer in use at Masbia to create new groggers.

“Susie Fishbein donated new tables to Masbia and I didn’t want to throw away the old ones,” explained Rapaport.  “They were made out of good wood. There had to be something to do with it.” 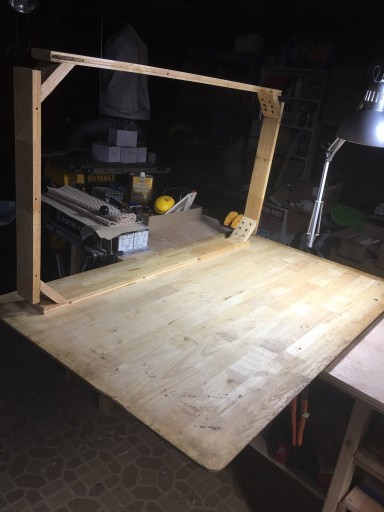 Rapaport seized on a Gemara in Menachos that explains that in the absence of having a Bais Hamikdashto where the mizbayach atoned for our sins, our tables can provide the same function if we invite the impoverished to share our food.

“There is real kedusha in a table that was used to feed those who are needy,” said Rapaport.  “It felt good to turn a worn out table into an item of Judaica.”

Rapaport gave Aronov one of Masbia’s old tables. 72 hours later, Aronov had upcycled the wood into 10 large sized groggers.  Each had a matching stand emblazoned with the words of the Gemara: “Shulchano shel adam michaper alav.”

Aronov said he has always enjoyed taking something that originally been used for one purpose and transforming it into something completely different.

“I love making Judaica,” said Aronov.  “When you are talking about a ritualistic object, you want the artist to understand what they are making. It is something holy to serve G-d and do mitzvos and most of these items are made in a country that doesn’t even know what a Jew is.  It is so much more powerful to be using a religious item knowing that it was made with dedication.”

Aronov describe the look an Rapaport’s face when he came to see the finished groggers as “priceless.”  Rapaport bought all ten groggers and gifted them to Masbia donors.

“These have real meaning,” said Rapaport.  “Because they were made out of tables that fed the needy, each one becomes its own Masbia ambassador” 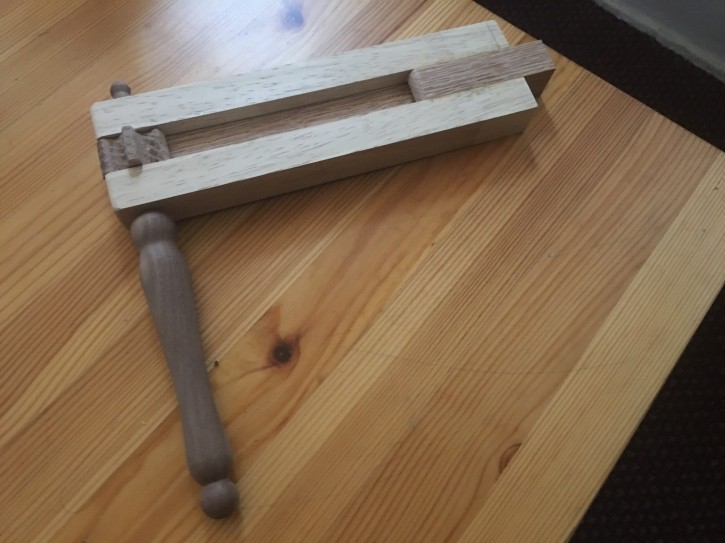 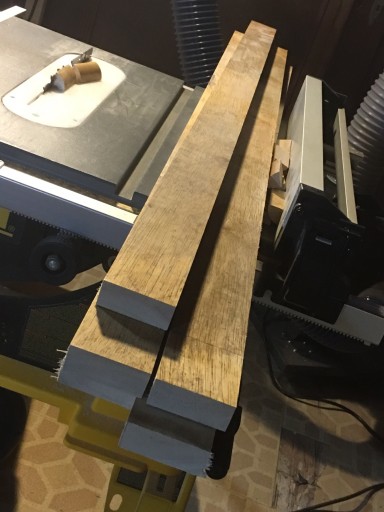 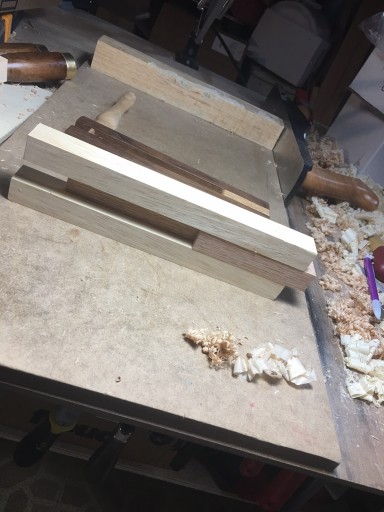 A raffle for this Mezuzah will be drawn on July 18th 2022, to enter click here.