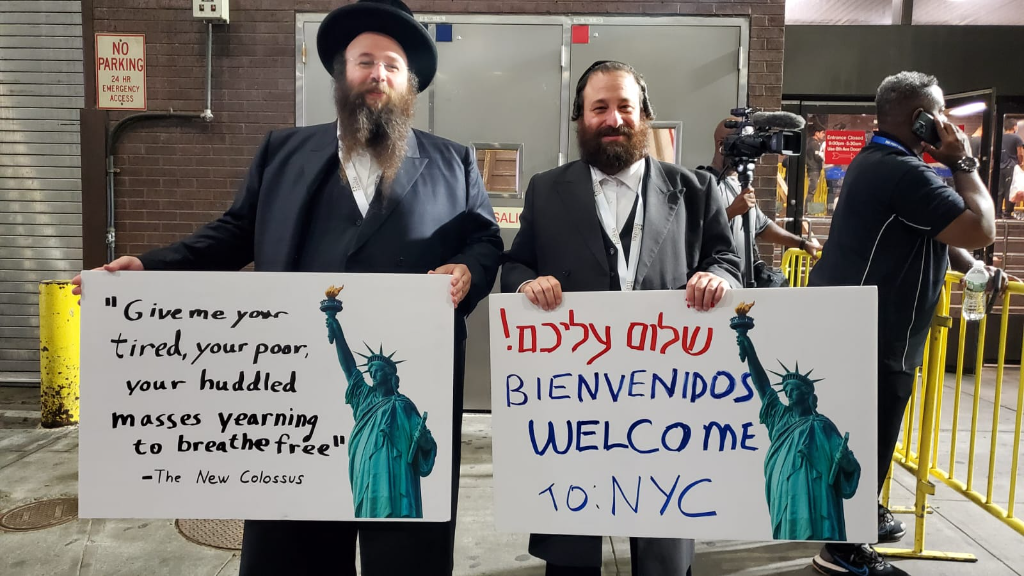 Leaving his home in Monsey well before five a.m. on Sunday morning to get to New York's Port Authority by six a.m., Legislator Aron Wieder was on a pay-it-forward mission for his grandparents.

"Both of my grandparents are Holocaust survivors," the Legislator shares with Rockland Daily. "When they arrived in this country as immigrants with next to nothing to their name, they were welcomed here and offered support. I wanted to do the same for these immigrants coming into New York today. It's what my grandparents would have wanted had they been able to do it themselves."

Wieder worked alongside Masbia, the Commissioner of Immigration of New York City, and his staff, Port Authority police officers, and volunteers. The immigrants were welcomed with a meal after their long journey from Texas and were then taken under the wings of various volunteers and guided to the next step necessary to make New York their new home.

"Born in the US -" Wieder tweeted, "yet today, I too am an immigrant as I give back in honor of my grandparents. They arrived in this country as immigrants and experienced a warm welcome. I wanted to be here today - for my grandparents to extend that American welcome to the record 183 immigrants.