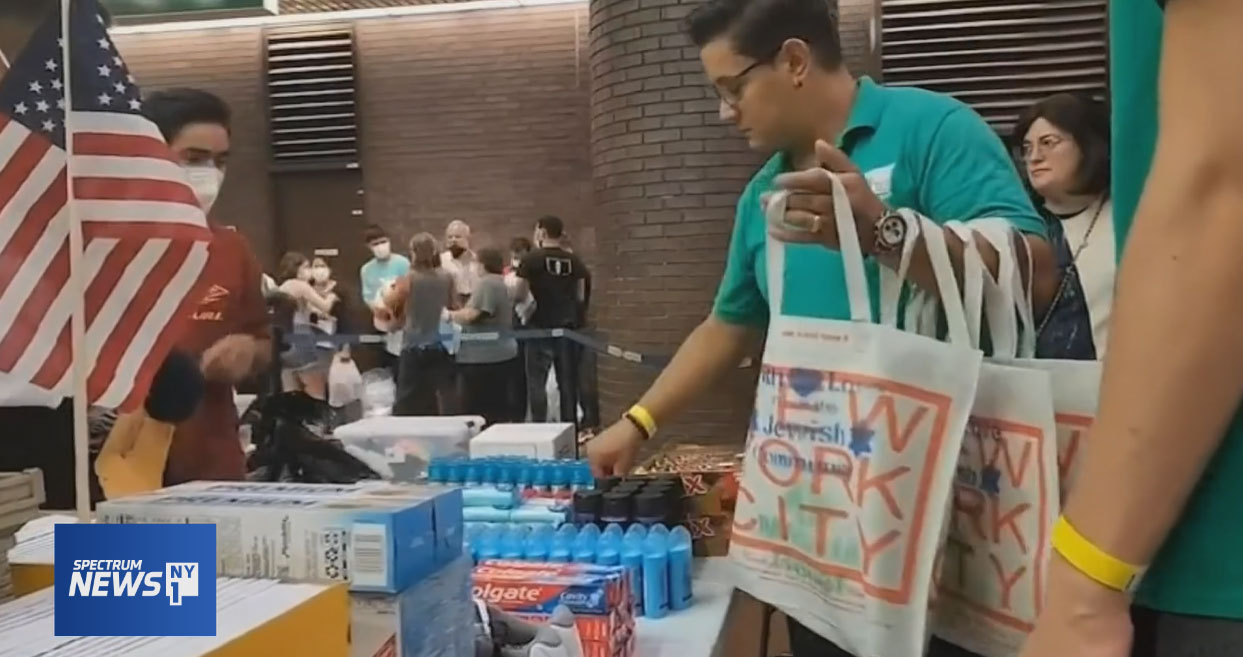 Roger Milliner was one of dozens of workers at a resource fair on the grounds of Lincoln hospital this weekend. He’s part of one of the many organizations across New York providing community services for those seeking asylum in the city.

“I feel extremely proud of my staff,” said Milliner, the chief growth officer with MetroHealthPlus. “I’m emotional right now. It means a lot to me.”

On Sunday, the non-profit MetroPlusHealth joined forces with the Family Vision Church Foundation to give about 1,600 families information about finding health care, social services and other resources. Milliner said these are direct services people need especially if you’re new to a country.

“You have people coming in by the bus loads at the Port Authority and they arriving here coming from Texas or Arizona and they don’t have any understanding of how to get acclimated in New York City,” said Milliner.

Those buses began arriving in the city weeks ago under the orders of Texas Gov. Greg Abott. According to officials, approximately 6,000 asylum seekers have entered. Several groups are reaching out to make the transition easier. Alexander Rapaport, with the Masbia Soup Kitchen network, says his group has focused on giving back a bit of humanity.

“Give them something fresh, something new, some basic needs, some toiletries, one of the hottest items is actually shoes,” said Rapport, the executive director for Masbia Soup Kitchen.

At the Port Authority, other groups like the New York Immigration Coalition have also been greeting newcomers with a tool kit containing New York-specific translated information.

“Information on where to get education services, what protections people need for interacting with ICE, hospitals and schools,” said Alana Castillo, vice president of advocacy for New York Immigration Coalition.

Back at Lincoln Hospital, Mari-angela Guramata’s daughter celebrated her seventh birthday at the resource fair with others at kid friendly activities. Through a translator, Guaramata who’s originally from Venezuela, said she’s grateful for the outpouring of support her family has received.

“It makes her really, really happy because they get to learn a lot more about everything they need to continue on their journey in the United States,” said Guaramata.

Most important for her family is the desire to earn their own way.

“They’re not here to be a burden. They want to work,” Guaramata said through a translator.