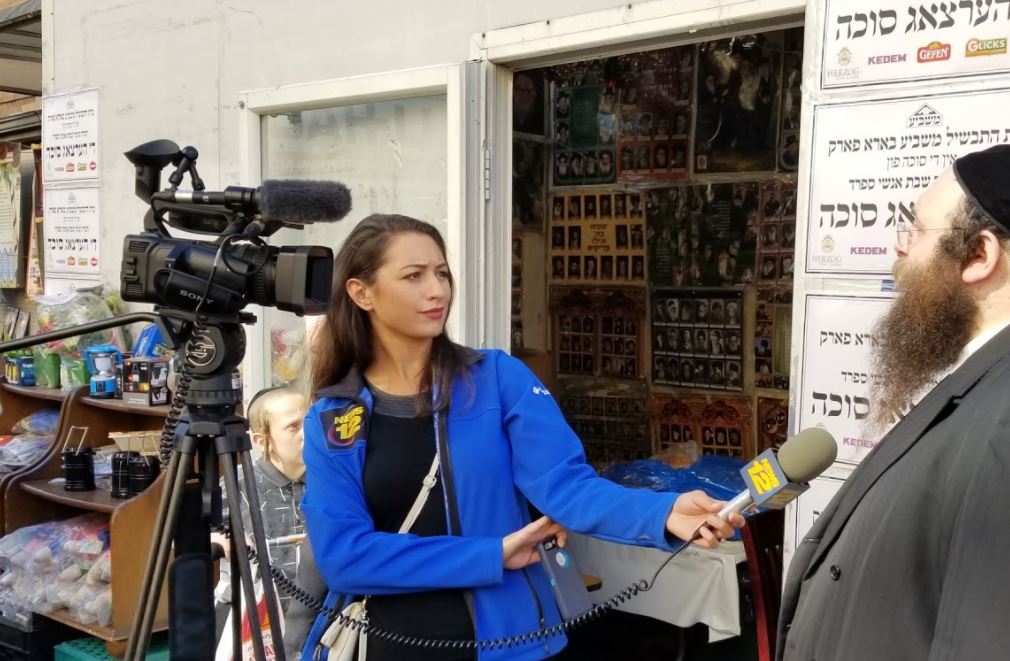 At Masbia, we work hard to make our donors and partners proud. Here are the highlights of Masbia features in the news from 2017. Masbia had seven events that were on TV.

The West Side Institutional Synagogue held a vegetable chopping volunteer day that was featured on CBS affiliate WLNY and all day live on NY1. News 12 featured Masbia standing with Yemenite neighbors. Our first Passover Seder at Masbia Boro Park was featured in CBS2, Fox 5 and, JBS. The Bat Mitzvah bake-sale and the meals at the 24 hour Sukkah were featured. Boro Park fire relief was mentioned on News 12 (no link available). Last week, we were featured again on News 12. Colombia University journalism students created an online video featuring one client (It's worth the watch). The New York Times mentioned us twice; once for partnering with the Helmsley Foundation with their Plentiful App for client intake and once about Puerto Rico Hurricane Relief. In online publications, there was a first-person feature of Executive

Director Alexander Rapaport preparing for  Shabbos as told through his point of view and his byline was also in a print edition of Joy of Kosher Magazine about food waste. Free Seders were in the Jewish Week. Banner Smoked Fish made a large donation for the Nine Days. On Table for Two with Naomi Nachman, we talked up Chop Hunger and the Tzimmes booklet. The booklet publication was also in the NY Daily News. Our partnership with the Herzog family for Sukkos was in the Hamodia and BoroPark24.com. Our Puerto Relief was first mentioned on VIN News, reported on Kosher Today, and turned into a partnership with David Greenfield's office. This is how it appeared in the Jewish Press and in many other Jewish publications. The donation of KJ Poultry also made it into many online publications. Here is the press release.

To become a community partner in feeding the needy and have your partnership celebrated in the news, contact us at [email protected]